Though power steering was invented at the turn of the century, it wasn’t seen in general automotive manufacturing until the 1950’s.  Since then, car owners, “do it yourselfer’s”, and general mechanics have been trained to view power steering as a self-contained hydraulic system which used a dedicated red colored fluid readily available in most auto parts stores.  BMW is no exception in employing dedicated power steering systems; yet, it has produced several exception automobiles and the E34 M5 is one of them.

One of the advanced features of the E34 M5 was a self-leveling rear suspension (SLS) whose foundation is a centralized hydraulic system.  The discussion forums are full of banter on the E34 M5’s SLS ranging from NLA strut refurbishing to aftermarket SLS delete kits.  However, what is not clearly documented is that the E34 M5’s power steering runs off the same hydraulic system which is a small fact owners will want to consider over the life of their car. 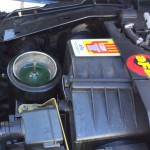 A very common practice on E34 M5’s is to replace the rear self-leveling struts with standard strut and spring combinations or sport packages.  If this is done properly, a self-leveling system delete kit will be used which includes a loop back hose fitting which allows the hydraulic system to remain functional.  If you replace self-leveling struts without using a delete kit, you might notice your steering getting a little harder to use.  Eventually you should expect a burned out power steering motor. 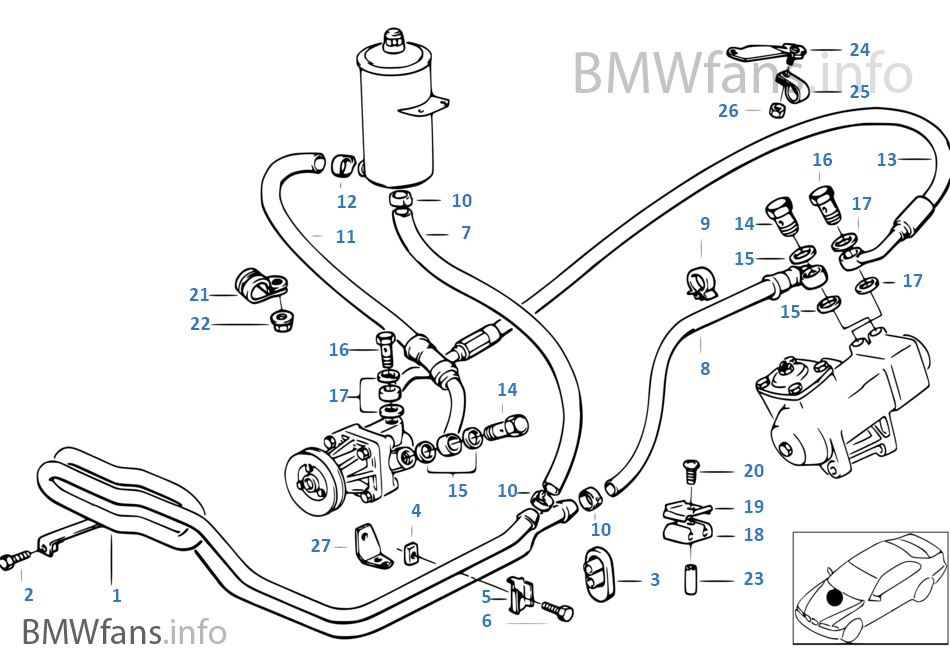 The E34 M5 is a special car that features mechanical advances that were significant in the late eighties and early nineties.  Basics such as power steering and the rear suspension are two examples where the E34 M5 employs a different mechanical approach.  This example alone is a great reason to ask plenty of questions before you try your hand at DIY work on this car and certainly one should only trust their beloved M5 to a mechanic who understands its nuances.